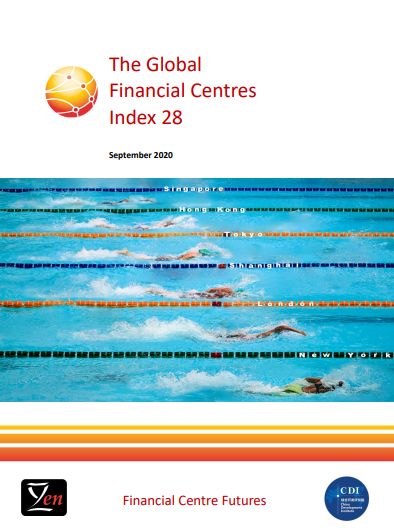 Germany Finance Once every six months, the Z/Yen Group publishes a new Global Financial Centres Index (GFCI). The ranking has been published in cooperation with the China Development Institute since 2007 and is based on online questionnaires and data from over 120 indices. The index compares the competitiveness of financial centers worldwide and shows the progress of the leading financial centers. This ranking also includes a large number of German financial centers among 111 financial centers.

The 28th GFCI was published on September 25, 2020, and once again german financial centers were able to achieve successful rankings and hold their own in international comparison. Frankfurt, for example, finds itself in the top 20 in the ranking with place 16, Hamburg reaches place 29 and Stuttgart can also position itself in the upper quarter of the ranking with place 37. In a european comparison, the german financial centers are also placed in the top 20 ranking, together with cities such as London and Zurich.

In the FinTech sector, the German financial centers of Frankfurt, Stuttgart, Hamburg and Munich all make it into the top 30, indicating that the german financial sector has recognized the importance of working with FinTechs and other partners to learn from each other and to benefit both sides.

The Global Financial Centres Index 28 can be found here.

Instruments of transformation finance and their relevance for NRW

16th edition of the Private Equity Conference NRW on May 9, 2022

ISSB presents drafts for the disclosure of sustainability information