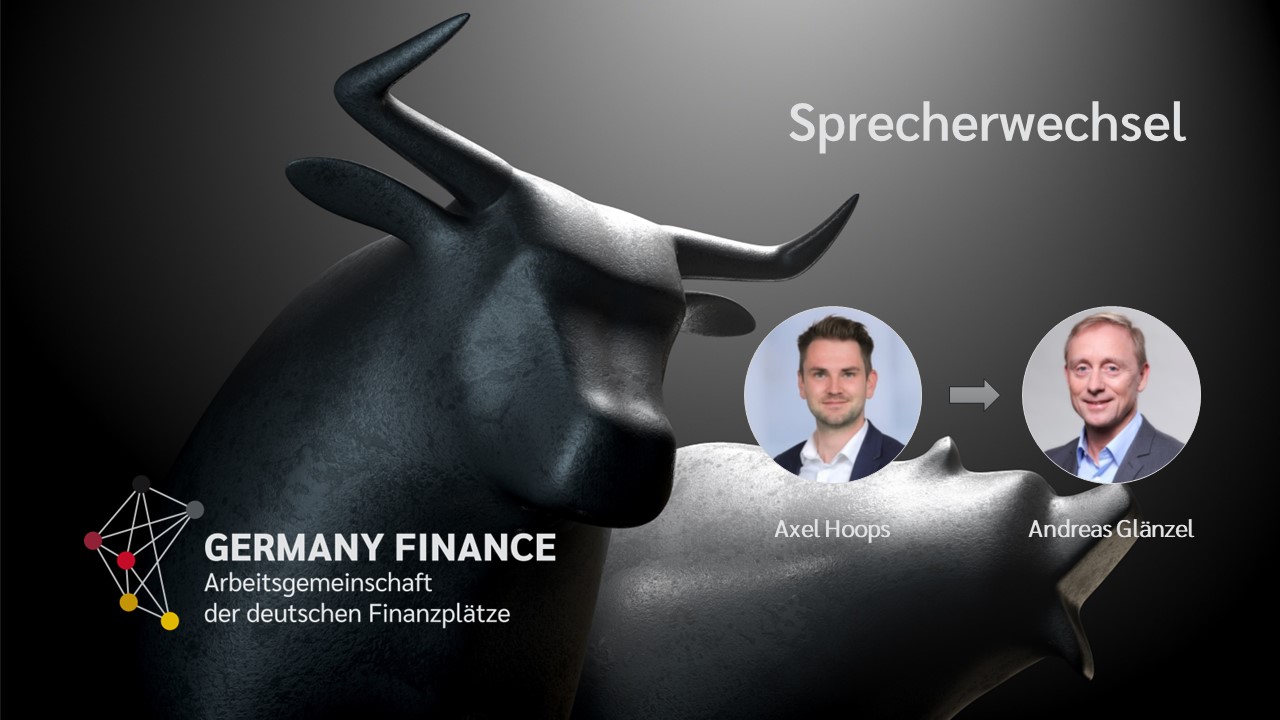 Germany Finance Since its foundation in 2021, Germany Finance has established itself as a working group of German financial centers. The role of spokesperson will be handed over from Hamburg to Frankfurt as planned for 2023.

The Germany Finance initiative looks back on a successful 2022. Among other things, the HSBA Hamburg School of Business Administration was commissioned to conduct a study on Germany as a sustainable finance location in comparison with other European countries. The study was completed at the end of the year. Key results will be published shortly. In addition, Germany as a financial center has succeeded in expanding its international presence in close cooperation with Germany Trade and Invest (GTAI), for example by creating joint marketing measures.

„With the commissioned study, we are addressing a topic of the utmost relevance, but which to date still has a great deal of room for improvement in terms of studies, and are thus once again doing basic work to improve the supraregional perception of Germany’s financial centers. In the second year of the initiative’s existence, the joint work in the Germany Finance alliance is proving to be extremely valuable for all involved,“ says Axel Hoops, Managing Director of Finanzplatz Hamburg e.V.

„The merger of the German financial centers under the Germany Finance brand gives us the opportunity to again efficiently tackle important, cross-location tasks in joint projects in 2023. These include, for example, establishing ourselves as a sustainable financial center and engaging in dialog with young people who are to be won over as employees for the financial industry,“ says Andreas Glänzel, Managing Director of the Frankfurt Main Finance financial center initiative.