Financial Centre Frankfurt to be one of the ISSB key locations 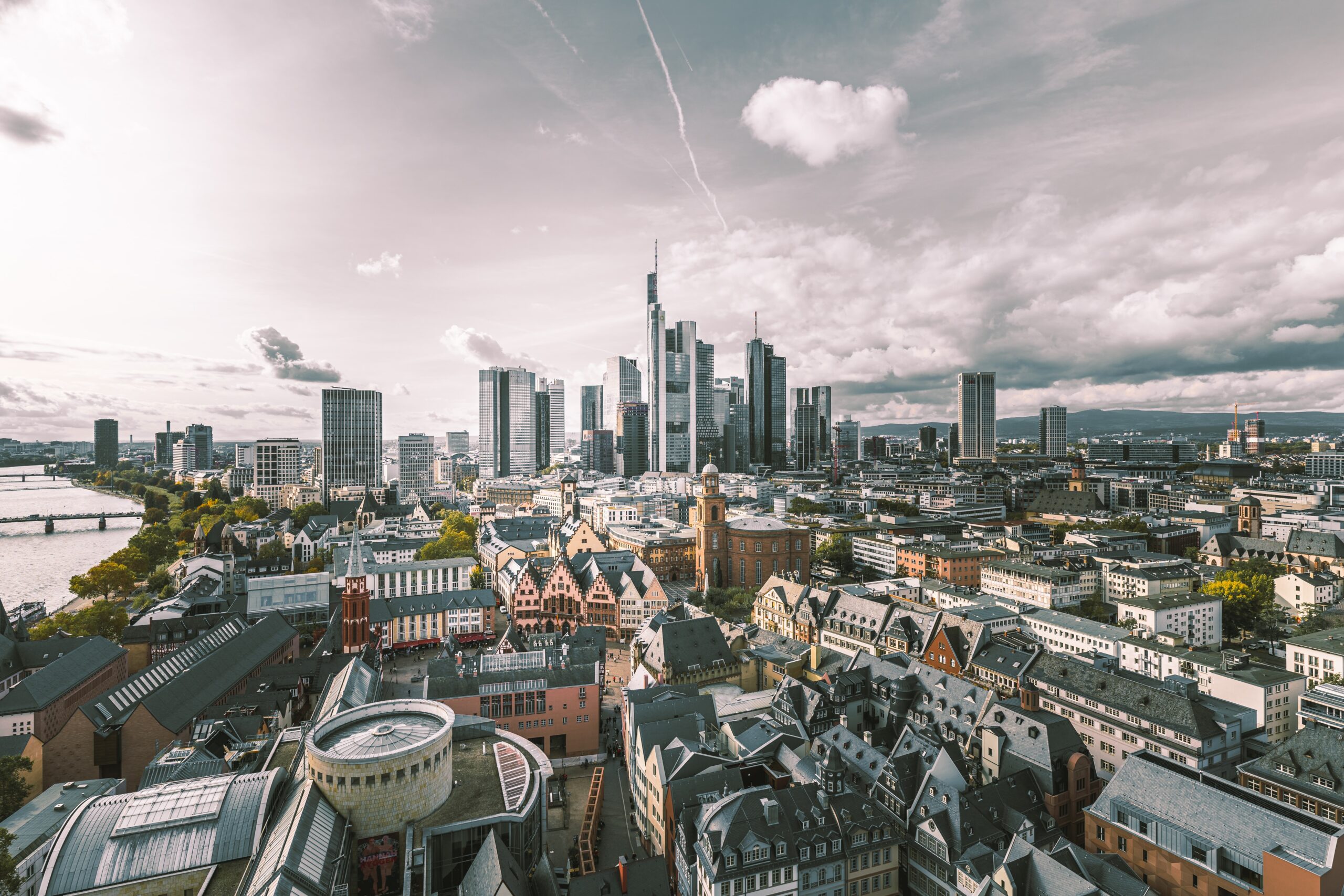 Frankfurt am Main Frankfurt’s application awarded key functions for the new International Sustainability Standards Board, which will develop future standards for
global sustainability disclosures for financial markets: Frankfurt will be seat of the Board and also host the office of the chair. Montreal will also be providing key functions to the ISSB.

An additional office will be placed in the Asia Oceania region which underlines the global ambition of the ISSB and enables regional stakeholders to engage with the new board. Today’s announcement on the COP26 constitutes an important step towards tackling the global sustainability challenge. The ISSB, to be established under the International Financial Reporting Standards-Foundation, will develop an international baseline standard for sustainability reporting.

Frankfurt’s official application was submitted this September in a coordinated effort by the Value Balancing Alliance, Frankfurt Main Finance and Wirtschaftsförderung Frankfurt. The application was also signed by Federal Minister of Finance, Olaf Scholz, Federal Minister of Justice, Christine Lambrecht, and State Ministers of Hesse, Tarek Al-Wazir and Michael Boddenberg, as well as the Economic Development Director of the City of Frankfurt. It found public support from more than 180 well-known figures from politics, finance, industry, civil society and academia as well as bodies like the nearby City of Eschborn, the European Commission, the European Central Bank (ECB) and Members of the European Parliament.

As corporate reporting on sustainability becomes increasingly important, so, too, do internationally accepted reporting standards. The IFRS Foundation is a non-profit private organisation established with the aim of developing high-quality, understandable, enforceable and globally recognised accounting standards – the IFRS standards. With the establishment of the International Sustainability Standards Board (ISSB), the IFRS Foundation acknowledges the growing importance of uniform sustainability reporting by companies.

Federal Minister of Finance, Olaf Scholz: “The climate summit has shown once again that climate action is the biggest global challenge of our time. Channelling money towards sustainable financial products is a key element of successful climate action. Frankfurt is set tobecome a definitive global player in this major challenge. The decision in favour of Frankfurt is a success for Germany as a financial location. It also underlines the strength of our Sustainable Finance Strategy. We are driving forward the topic of sustainability in the financial market with great determination. The choice of Frankfurt gives us additional motivation to forge ahead with this transformation.”

Christine Lambrecht, Federal Minister of Justice and Consumer Protection: „The topic of sustainability has become indispensable in the industrial and financial sectors. The development of uniform global standards for sustainability reporting is a logical next step. I am very pleased that Germany, with its financial centre of Frankfurt, will be taking on a leading role in this process.“

State Prime Minister of Hesse, Volker Bouffier, says: “Frankfurt’s application was a united team effort. The federal government, the state, the municipalities and numerous private institutions all pulled together. The decision for Frankfurt strengthens the international importance of our most important financial centre and thus also of Hesse. I would like to thank everyone who supported our efforts and the IFRS Foundation, which honoured this with its decision. I am convinced: Frankfurt and Hesse will provide a good home for the ISSB and its staff.”

Hessian Minister of Economics Tarek Al-Wazir: “Today, the financial centre Frankfurt took another big step on its way to becoming a leading sustainable finance centre. The new ISSB will further strengthen Frankfurt’s international role. Ambitious sustainability standards for companies are essential to redirecting capital flows in a way that they are fit for the future – away from climate-damaging business practices and towards sustainable ones. The state government of Hesse has been working for years to strengthen sustainable finance in Frankfurt and sees its strategy confirmed by today’s decision.”

Mayor of Frankfurt am Main, Peter Feldmann, comments: “This is a great success for Frankfurt, whose international importance as a financial centre increases even further with this decision. What’s more, and what makes me particularly happy: It underlines the role of our city as a location for innovation and sustainability.”

Adnan Shaikh, Mayor of the City of Eschborn: “The City of Eschborn welcomes the decision of the ISSB to locate in the Frankfurt Rhine-Main Metropolitan Region. Our dynamic and economically vibrant region is at the forefront when it comes to sustainability, a fact underlined by this choice!“

Dr. Karl-Peter Schackmann-Fallis, Executive Member of the Board, Deutscher Sparkassen und Giroverband (DSGV), as this year’s leader of the “Deutsche Kreditwirtschaft” (DK): “The German banking industry welcomes the decision to locate the seat of the ISSB in the financial centre of Frankfurt. International standards for sustainability reporting ensure comparability and acceptance and are therefore of great importance.”

Georg Lanfermann, President of the Accounting Standards Committee of Germany (ASCG): “As a German standard setter, we expressly welcome the establishment of the ISSB in Frankfurt. This is an important step towards universal sustainability reporting standards for the globally reaching European economy.”

Dr. Christine Bortenlänger, Managing Director of Deutsches Aktieninstitut (DAI): “I welcome the fact that Frankfurt has won the bid to host the ISSB. Sustainability reporting is of great relevance for the capital market. Frankfurt’s success is also due to the extraordinary commitment of the listed companies.”

Jörg Asmussen, Managing Director of the German Insurance Association (GDV): “Frankfurt is an excellent choice: a financial centre in the heart of Europe, well connected with the airport and the location of many institutions such as the ECB and EIOPA. Ideal conditions for developing coherent international standards for sustainable finance.”

Prof. Dr. Klaus-Peter Naumann, Spokesman of the Board of the Institute of Public Auditors in Germany (IDW): “We are very pleased that the International Sustainability Standards Board is coming to Europe. A global world needs global standards. The international financial centre of Frankfurt is a good place to further develop NFI reporting.”

Thomas Richter, Chief Executive Officer of the German Investment Funds Association (BVI): “The German fund industry warmly welcomes the ISSB to Frankfurt. The decision strengthens the financial centre in competition with other cities. As the voice of investors, we have always highlighted the need for global standards, and the announcement of the location for the seat at COP26 in Glasgow underlines the international dimension.”

Christian Heller, CEO of the Value Balancing Alliance e.V.: “The ongoing discussions at the United Nations Climate Conference demonstrate that more commitment and comparability are needed, especially when it comes to the measurement and transparency of companies’sustainability performance. We welcome the broad support for the IFRS Foundation in developing a globally consistent basis for reporting, most recently expressed at the G20. We are pleased with the decision of the IFRS Trustees to locate the ISSB in the centre of Europe, as it will strengthen cooperation between the different actors.”

Gerhard Wiesheu, President of the Financial Centre Initiative Frankfurt Main Finance: “We are very happy that the financial centre Frankfurt am Main was able to convince the Trustees of its many advantages as headquarters of the new International Sustainability Standards Board. My thanks go to the many high-profile supporters of the initiative. They demonstrated impressively the enormous support the financial centre enjoys.”